BLF represents Puy du Fou on its partnership with CYTS and Shanghai Xuhui Urban Renewal Investment Development Group for the launch of a 600 Million RMB new ultra-immersive artistic concept, due to open in Shanghai in 2022.

Following the successful opening of Puy du Fou España in Toledo, Puy du Fou is speeding up its international expansion in China and has created a brand new artistic concept for an immersive show, due to open in the centre of Shanghai in 2022.

CHOOSE YOUR OWN ADVENTURE IN THIS THRILLING NEW SHOW

While stepping up its research into the creation of a new Puy du Fou park in China, Puy du Fou is also launching an innovative show concept, SAGA.

Much more than just a show, SAGA SHANGHAI will represent an inspired renaissance for Puy du Fou. The new artistic concept has been designed specifically to be set up in the world’s major city centres. Unlike the rural “Puy du Fou” which accompany their visitors on a 2 or 3 day journey through time, SAGA promises a 2 hour total escape, more suited to the pace of city life.

Inspired by Chinese history and legends, this ultra-immersive creation by the Puy du Fou artistic team will take its visitors back to Shanghai in the 1930’s. Uniquely, visitors seal their own dramatic destiny as they progress through the experience and select their own adventures. Spectacular backdrops represent different locations and periods, allowing the story to evolve and offering visitors a total of over 26 possible adventures.

For this project, the Everbright Convention & Exhibition Centre near the Xujiahui district, will be completely transformed into the world’s largest immersive experience, covering more than 40,000 m2 with its show, themed restaurant and bars. Puy du Fou plans to create 500 direct jobs in China and France for the new SAGA SHANGHAI. 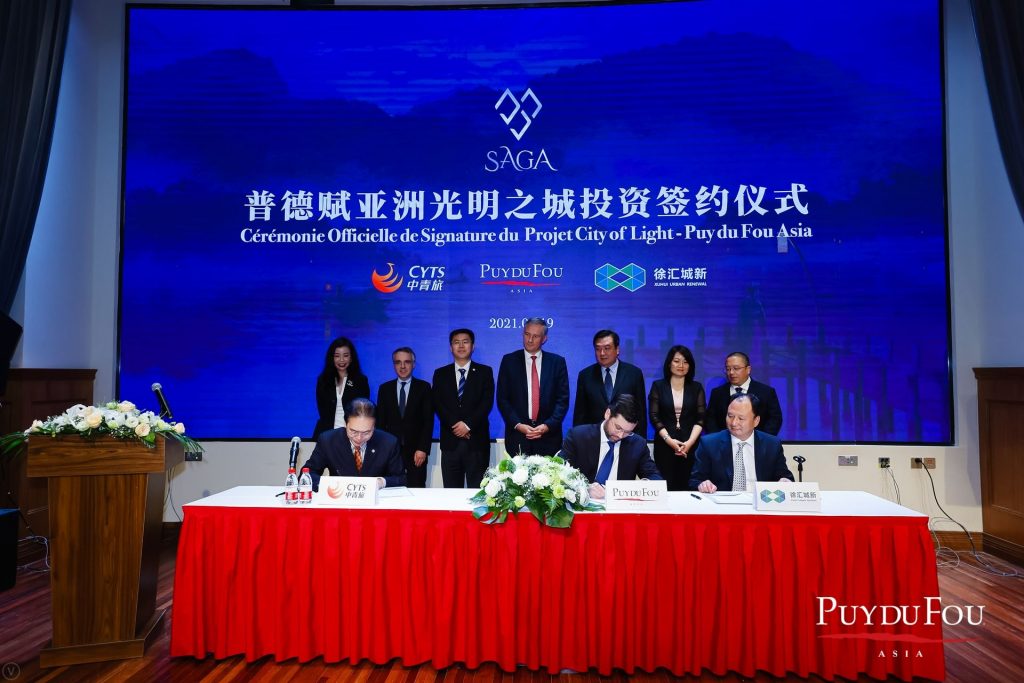 For this ambitious project, Puy du Fou has chosen to join forces with two major Chinese partners: CYTS (the tourism subsidiary of the Everbright Group) and Shanghai Xuhui Urban Renewal Investment Development Group (the investment company of the Xuhui district in the city of Shanghai). The signing of this agreement between these two partners and Puy du Fou has made it possible to create SAGA SHANGHAI, with a total investment of €76 M, or nearly 600,000,000 RMB.

Mr Geoffroy Ladet and Ms Anne Zhao, respectively CEO and Vice President of Puy du Fou Asia, Mr Qiu Wen He, Vice President and General Manager of the CYTS Company, a subsidiary of the Everbright group, and Mr Zhou, Director of Chengxin, an investment company for the Xuhui district in the city of Shanghai, met on Wednesday 19 May 2021 in Shanghai, to finalise this ambitious project. The official signing took place at the French Consulate, in the presence of His Excellency the French Ambassador to China, Mr Laurent Bili, and the French Consul in Shanghai, Mr Benoît Guidé.

Nicolas de Villiers, President of Puy du Fou, who was unable to be there in person due to the current health restrictions declared enthusiastically: “We are proud that our new ‘SAGA’ concept is coming to Shanghai, China as a world first, thanks to our Chinese partners. This is our first creation in this country, which calls for other projects on which we are actively working with our French and Chinese teams. This new ultra-immersive concept in the heart of the city illustrates our ambition: to innovate and offer new thrills to the world. Our plans are for ‘SAGA’ to go global and discussions are already under way with several big cities worldwide.”

The success of this alliance is down to the complementary skills of the three partner companies: 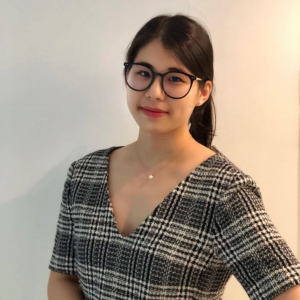 Chris Chou is an international lawyer with a strong expertise in cross-border transactions across China, Hong Kong, and Southeast Asia. She has assisted clients on IP, legal compliance, M&A operations in China in the field of retail, technology financial services, TMT (Technology, Media and Telecom), pharmaceutical industry, and manufacturing. Get the latest from BLF